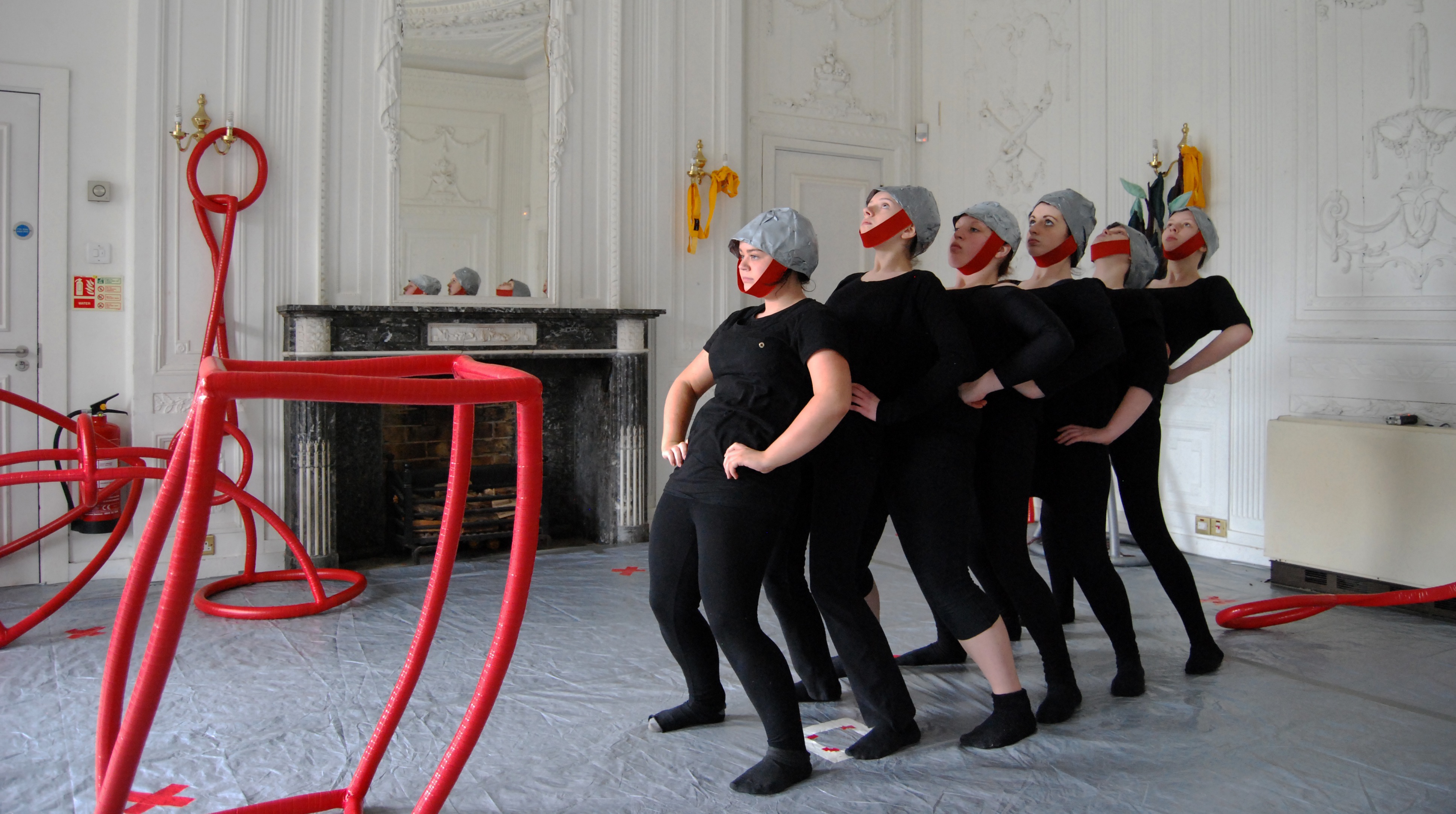 Kristin Sherman lives and works in London. She holds a BFA in sculpture from Chelsea College of the Arts, London (2004-07) and a MFA from the Slade School of Fine Art, London (2007-09). Her exhibitions include a solo show at Outpost Gallery, Norwich (2010), while her work has also been shown in group exhibitions such as the Testing Grounds, Brighton & Berkshire (2010, 2011), the Slade Research Centre (2009) and Guest Projects, London (2011).
Kristin combines sculpture with the compositional rules of choreography, exploring the connections between structures, systems and institutions that control our behaviour. Her practice focuses on live durational performance, that sometimes incorporates video.
Her research into ‘behaviour structures’ leads to an ongoing interest in subjects such as the Olympics, Management Consulting techniques, rhythmic gymnastics, North Korea’s Mass Games, synchronised swimming, the British school system, Jacques Tati and the Ballet Russes.