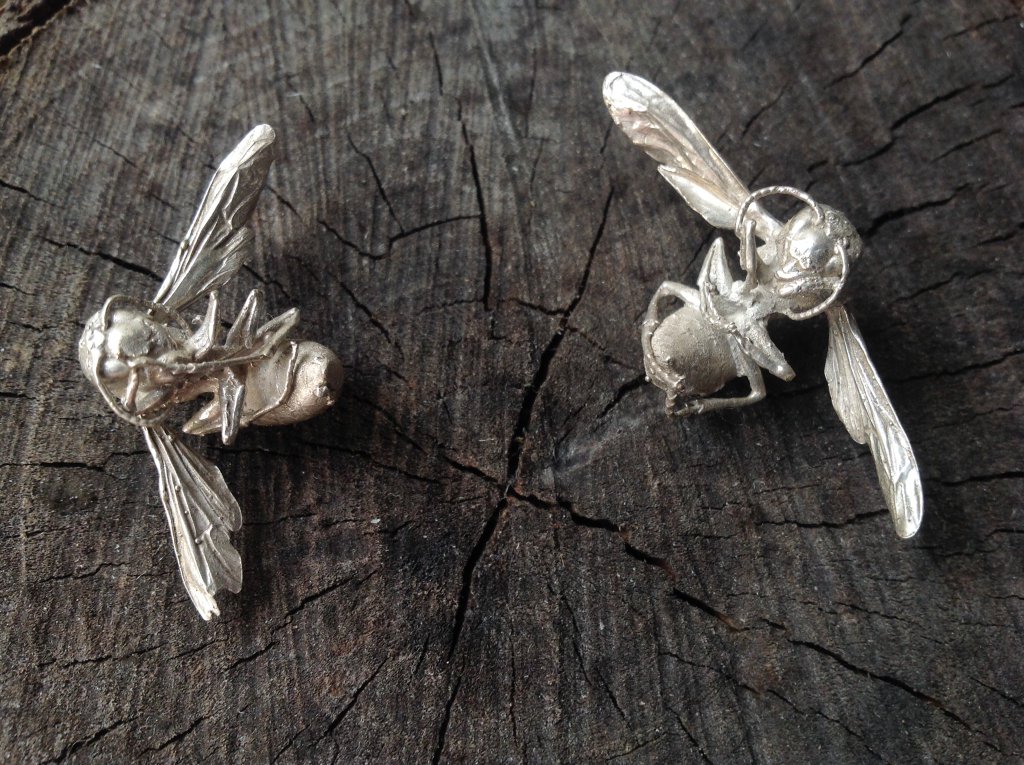 The Ancient Art of Lost Waxing: Film, Talk and Exhibition

Artist Justin Gilday and visual anthropologist, Lissa Davies, take you on a magical journey exploring the relationship between life and death, nature and man, but stirring humour and gravity. A short film, “The Cast” introduces the artist and his craft, followed by a talk on how their fruitful collaboration engendered Justin’s latest piece, “Go on your Majesty…Take a Look”. It tells a tale of ancient childbirth through the beautiful silver-cast Queen bee, her punk bumblebee henchmen, the Cockroach King and his entomological posse, and all of this is staged on a stunning piece of wood.

As well as this piece, Justin will exhibit other silver and wood works made over the years. Come and learn about the fascinating ancient technique of “Lost Waxing”, which involves taking organic matter, investing it in a plaster silica compound and then exposing it to a high heat to burn out the matter leaving a void into which molten silver is poured. An unusual and emotional event.